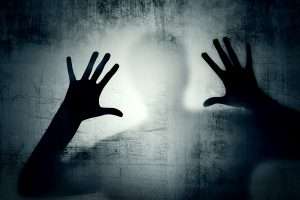 A few weeks ago, I took a road trip with my friend Anna*. As we were traveling, she had a complete meltdown. She became upset about things we had no control over, acted out and behaved like a child. Even before that weekend, she would occasionally burst into tears often about the smallest things. The meltdown made me realize she is actually extremely depressed. I’ve told her that and she agreed. She is familiar with depression. Most of her family members suffer from it.

I too suffered from severe depression many years ago, so I know how awful it feels. I have great sympathy for those who suffer from it but I also know there’s a way out, a way that doesn’t include years of therapy or daily doses of Prozac.

While Anna was feeling that the world was dark and horrible and about to collapse over her head, I asked her to list all the stressful thoughts that she was thinking. This is what she told me:

I asked her to score to each statement from 0 to 10, where 0 is neutrality and 10 is feeling very stressed. Most statements scored 9 or 10. No wonder Anna was feeling awful!

The reason I asked her to list all her stressful thoughts was that I felt her depression may be an accumulation of stress. I felt that eliminating that stress could help her to feel good again.

Stress that is not released is like poison in our emotional body. When there’s enough poison, it can make us depressed.

Anna and I got to work. I did a PSYCH-K stress release session with her. She entered a whole-brain state, brought up each one of the stressor points and thought about them from every possible angle. As she did so, the score for each point went down until it reached 0; she became neutral about that thought.

Once all the stressors had reached 0, we added a PSYCH-K Intention Balance to set a positive intention for the future.

It took three hours so it wasn’t a quick fix, but it was much faster than therapy and far healthier than taking antidepressants that really just cover things up. At the end of three hours, she was no longer depressed, and felt happy and excited about life!

So was Anna’s problem depression or simply stress that she was handling poorly?

The reason I rarely become depressed now (and when I do, it’s usually short lived and due to PMS), is because I clear stress almost as soon as it shows up. Over the years I have become able to accumulate enough tools in my toolbox to deal with whatever life throws at me, without letting stress pile up and turn into a full blown depression.

My number one way to eliminate stress is PSYCH-K’s Stress Release. I also use Forgiveness Prayers when the stress is related to another person.

If you know how to do a Stress Release with PSYCH-K or any other way to release stress, like the Piece Alignment Process or a Focus Wheel, write down each of your stressors, give each a score from 0 to 10, and perform the process. You will feel the depression dissipate.

It does require work and dedication but the feeling of relief makes it all worthwhile.

*Anna is not her real name.