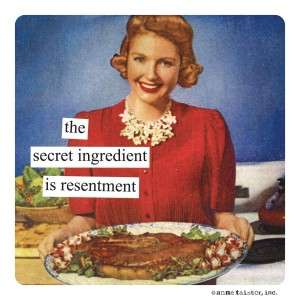 I realize this may be a touchy subject. So many people are affected by cancer, either directly or through friends and family who have suffered from it. Cancer kills fewer people than heart disease but it generates a lot more fear.

Why Is Cancer So Scary?

It’s not just the mortality rate that’s so frightening about cancer. After all, heart attacks are more dangerous. It’s the the way it’s treated. Cancer treatments, such as chemotherapy, are intrusive and aggressive. They’re painful and have severe side-effects from hair loss to debilitating nausea.

A huge body of evidence has connected cancer with emotional health, and specifically to high stress levels.

There is a lot of evidence too that connects a mild but chronic feeling of resentment (or supressed anger) to cancer, and specifically to breast cancer.

“Extremely low anger scores have been noted in numerous studies of patients with cancer. Such low scores suggest suppression, repression, or restraint of anger. There is evidence to show that suppressed anger can be a precursor to the development of cancer, and also a factor in its progression after diagnosis” [source]

Resentment is something we should always strive to avoid, so that we can live healthy and happy for many years to come. This is certainly one of the things I’m working on actively in my life. 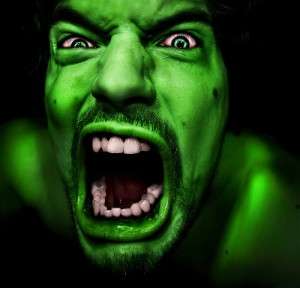 When you’re angry, you know it!

Anger Is Easy To Spot

Anger and resentment aren’t the same. When you’re angry, you know it! Physically, your face may turn red. Your energy levels are high, even to the point approaching violence. It’s a harsh feeling but at least you are aware of where you are and you can take steps to correct it.

The anger can go away as fast as it came, or it can turn into resentment, depending on your disposition and how you deal with it.

Resentment Slips Under The Radar

Because it’s a much milder emotion, resentment can slip past our awareness. We can ignore it, allowing that long-term resentment to change the chemistry of your body. You release more stress hormone Cortisol which has been found in many studies worldwide to directly suppress immune system functioning. When the immune system is not functioning properly, normal cells mutate into cancer cells.

Who Do You Resent?

You can feel resentment towards anyone and anything. Parents can resent their children for taking so much of their time. Wives can resent husbands for failing to muck in with the laundry.

Husbands can resent wives for making them miss the game. Anyone can resent the government for taking so much of their hard-earned cash as taxes.

Whoever you resent, you need to notice it — and stop it.

How To Reset Your Resentment

The first step is awareness. Write down everything and everyone you feel resentment towards. This may take you a while but it’s worth the effort.

Heal One Resentment At A Time

Take that list and start with the item that you think is the most important, the one that triggers the biggest resentment.

One of these processes or a combination of them will cure that resentment. To check that it’s gone, think about what caused that resentment and ask yourself how you feel about it now. You should feel lighter and more open-hearted after every successful “clean up” of a resentment vibration.

If the first process didn’t work, move on to the next process.

Once you’ve cleared one resentment, you can move on to the next. Continue until you’ve cleaned up all the resentment you’ve accumulated in your life.

It may take you a bit of time, but you’ll come out of the process a brand new person with much less chance of attracting cancer or other chronic, stress-related conditions.