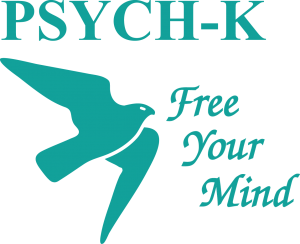 I’m a certified PSYCH-K facilitator. I’ve taken all their courses, practiced on myself and helped dozens of others. I have my own way of performing PSYCH-K which focuses mainly on clearing stress and trauma, the source of most of our issues, including limiting belief systems.

The three main tools I use when facilitating PSYCH-K are:

Stress has a huge influence on our well-being, our physical health, and our mental health. It makes us look and feel older—and there’s even a direct connection between stress and cancer. We should be eliminating stress as much as we can. The most powerful process I’ve found so far is PSYCH-K’s “Stress Releases.”

I’ve had complete success helping people eliminate stress and clear their trauma. I put them in a “whole brain state”. This state clears and neutralizes any thoughts about their stress or trauma as they arise. This process is so effective that it leaves people in awe. Some have compared it to twenty years of therapy delivered in a single hour. I’d add that therapy is mostly mental and shallow, while PSYCH-K works deeply to address the problems in the subconscious mind. I’ve worked with people with AIDS, who have been raped, are struggling with cancer, and have many other traumas. I’ve never seen it not work. It’s so simple, yet so powerful.

The setting of intentions is crucial for spiritual well being. Using a PSYCH-K protocol, I set intentions for everything: dates, meetings, hiring, firing, trips, everything! Not setting intentions is like allowing random circumstances to take over your life. We are creators, so let’s create!

Changing subconscious beliefs with PSYCH-K is easy. I can change dozens and even hundreds of beliefs in a matter of minutes with PSYCH-K, but I don’t believe this is the way to go. Beliefs are a symptom, they’re not the problem. Just as fixing a symptom of a disease with medication doesn’t usually cure the problem, so facilitating PSYCH-K to change beliefs (from a “weak” muscle testing response to a “strong” muscle testing response, for example), is rarely effective.

We need to get to the bottom of the issue. We need to understand how these belief systems reached our subconscious. They’re usually the result of trauma and stress. Eliminating those causes with a Stress Release changes these beliefs automatically every time.

A PSYCH-K Session with Me

A typical PSYCH-K session with me takes three hours and takes place from the comfort of your own house/office, via Skype. It follows this structure: