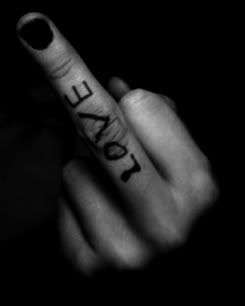 I have a good friend who can’t stand her mom. When she was growing up, her mom was abusive and hyper-critical. For my friend, life meant constantly walking on eggshells, watching everything she said and did because she didn’t know when her mom was going to snap next.

My friend still judges herself for the way she feels towards her mom. On the rare occasions she confronts her and tell her how awful she was—and still is—my friend is tortured by guilt. She really wants to love her mom. You’re supposed to love your mom, right?

But moms are supposed to be loving and kind and supportive, and my friend’s mom is none of those things. Since my friend can’t love her mom she tries to fake it. She suppresses her true feelings and tries to act loving and caring towards her even while she’s boiling on the inside. She has been doing this for decades.

It takes a toll. She’s often unhappy and depressed. She feels stuck and resentful, and a long lasting resentment can turn into a real health crisis.

I’ve told my friend that maybe, just maybe, she is reaching too far. She’s trying to get to LOVE from hatred. Perhaps she should try to reach neutrality instead?

Spiritual people love the concept of love, especially unconditional love. “We are all one,” they say. We should all love each other. It’s easy to say, harder to do, and even harder to feel. Many of them, like my friend, don’t really feel it so they try to fake it till they make it. They suppress and repress, and then one day they blow up, fall into depression or become ill.

I argue that neutrality is underrated and encourage everyone to give it a serious consideration. It’s a much more realistic goal than a love. 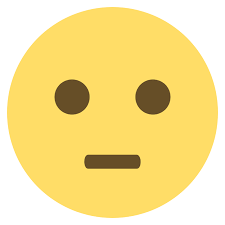 Neutrality is a feeling of detachment. It’s not that you don’t care, but you’ve untangled your energy from the other person’s energy. They can keep being who they are—and they will, because let’s face it, most people don’t want to change and won’t change just because we really, really want them to. But who they are and how they behave will have no longer have an effect on you.

“But wait,” you might think. “She’s my mom! I should love her!” To that I say: Fuck love. Try neutrality.

Try to get to a place of neutrality with the people you’re mad at, people who annoy you, or people who judge you and you’ll see just how good neutrality can feel. Maybe love will show up later, but who cares? Once you’re neutral, you can enjoy it, benefit from the lack of stress and you may not feel the need to keep working towards love.

How To Reach Neutrality

The most powerful process that I’ve found to reach neutrality about another person is Forgiveness Prayers. If you do them right, the entire process might take ninety minutes total. (Five minutes probably won’t be enough to move the energy!) You will know you did it right because you feel a huge sense of relief. You’ll think about that person and feel…nothing, and that’s one of the best feelings in the world!